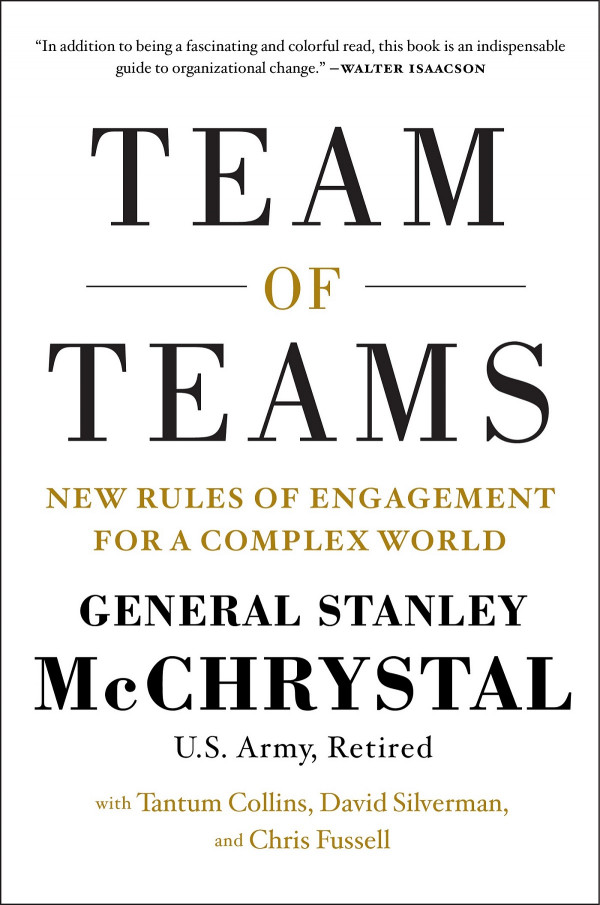 What if you could combine the agility, adaptability, and cohesion of a small team with the power and resources of a giant organization?

What if you could combine the agility, adaptability, and cohesion of a small team with the power and resources of a giant organization? 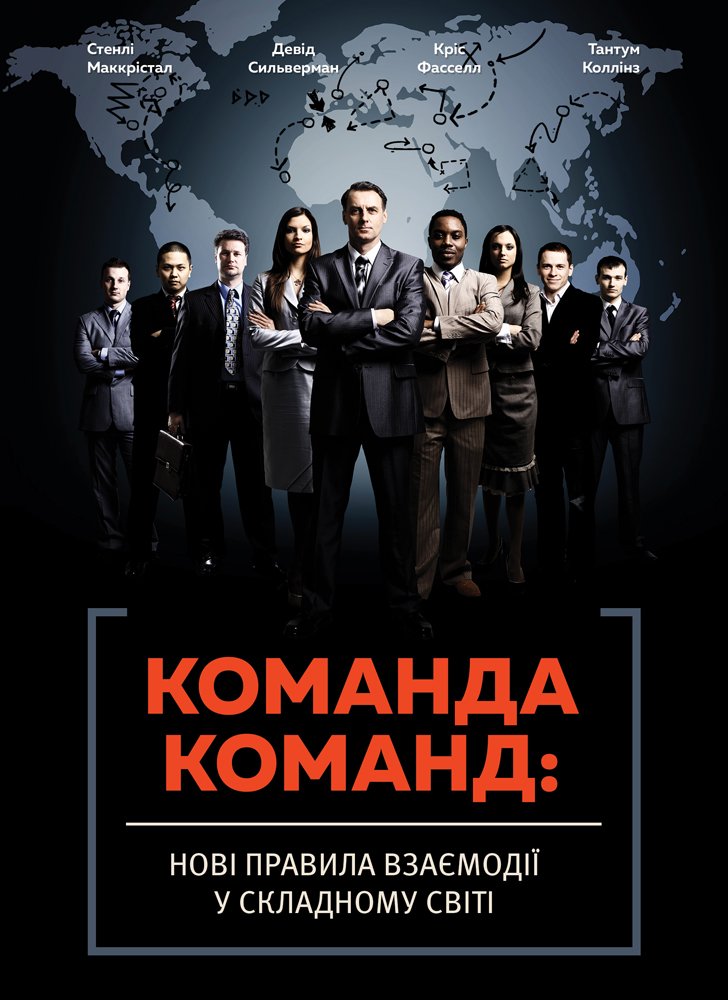 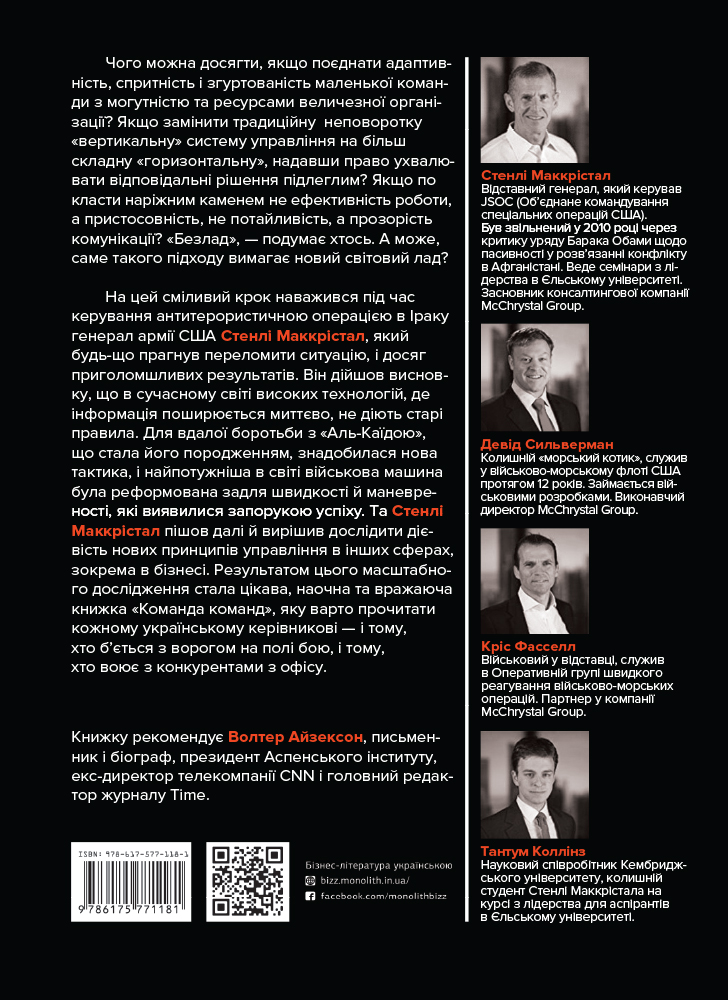 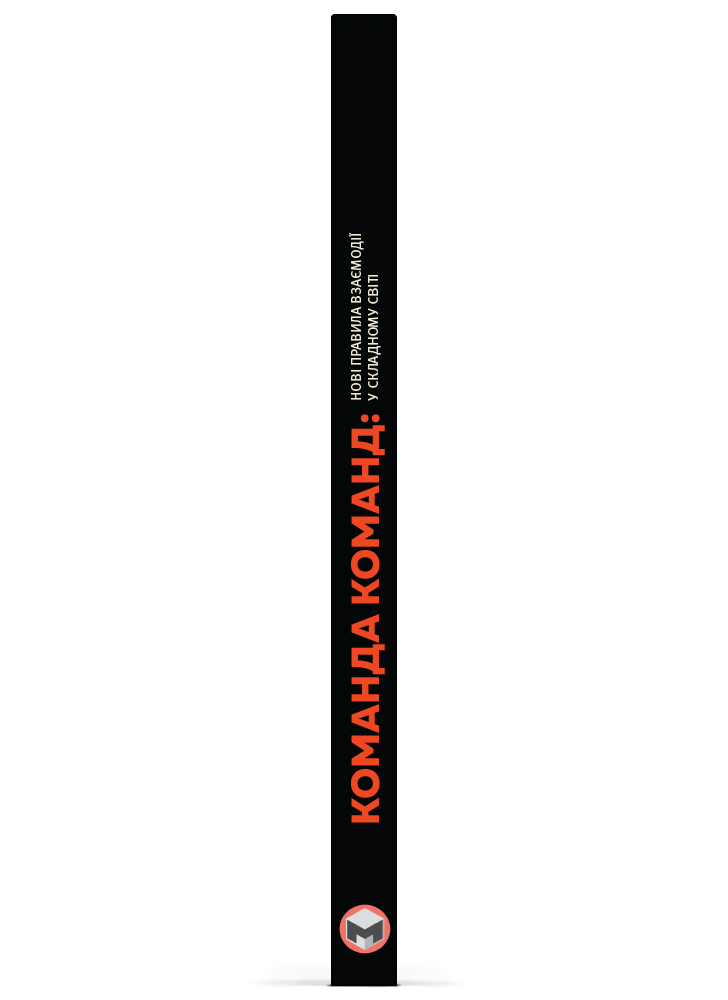 Buy in these stores:

THE OLD RULES NO LONGER APPLY. . .

When General Stanley McChrystal took command of the Joint Special Operations Task Force in 2004, he quickly realized that conventional military tactics were failing. Al Qaeda in Iraq was a decentralized network that could move quickly, strike ruthlessly, then seemingly vanish into the local population. The allied forces had a huge advantage in numbers, equipment, and training—but none of that seemed to matter.

TEACHING A LEVIATHAN TO IMPROVISE

It’s no secret that in any field, small teams have many ad­vantages—they can respond quickly, communicate freely, and make decisions without layers of bureaucracy. But organizations taking on really big challenges can’t fit in a garage. They need management practices that can scale to thousands of people. General McChrystal led a hierarchical, highly disci­plined machine of thousands of men and women. But to defeat Al Qaeda in Iraq, his Task Force would have to acquire the enemy’s speed and flexibility. Was there a way to combine the power of the world’s mightiest military with the agility of the world’s most fearsome terrorist network? If so, could the same principles apply in civilian organizations?

A NEW APPROACH FOR A NEW WORLD

McChrystal and his colleagues discarded a century of conventional wisdom and remade the Task Force, in the midst of a grueling war, into something new: a network that combined extremely transparent communication with decentralized decision-making authority. The walls between silos were torn down. Leaders looked at the best practices of the smallest units and found ways to ex­tend them to thousands of people on three continents, using technology to establish a oneness that would have been impossible even a decade earlier. The Task Force became a “team of teams”—faster, flatter, more flex­ible—and beat back Al Qaeda.

In this powerful book, McChrystal and his colleagues show how the challenges they faced in Iraq can be rel­evant to countless businesses, nonprofits, and other or­ganizations. The world is changing faster than ever, and the smartest response for those in charge is to give small groups the freedom to experiment while driving every­one to share what they learn across the entire organiza­tion. As the authors argue through compelling examples, the team of teams strategy has worked everywhere from hospital emergency rooms to NASA. It has the potential to transform organizations large and small. 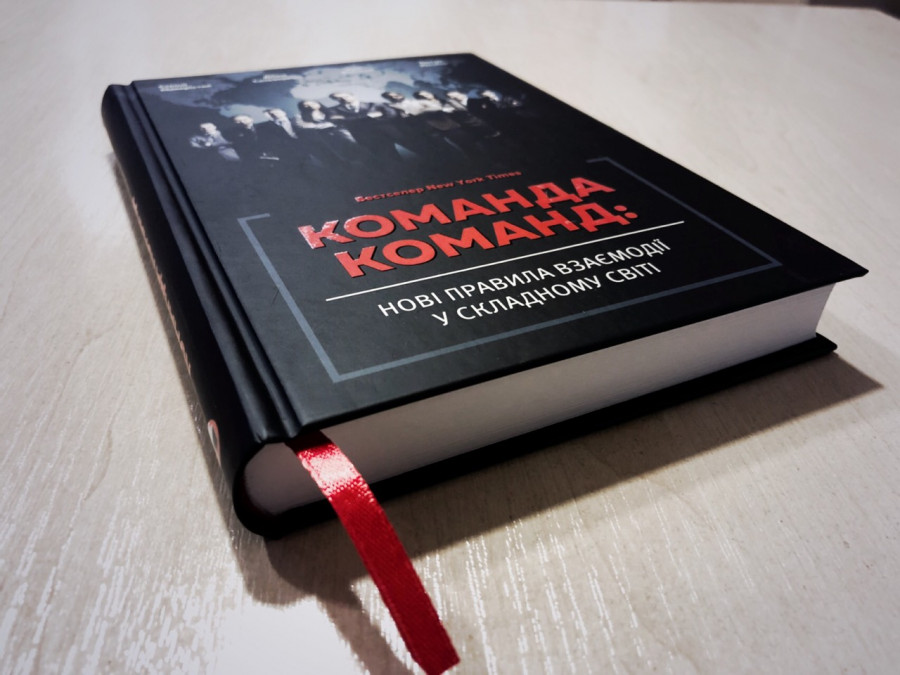 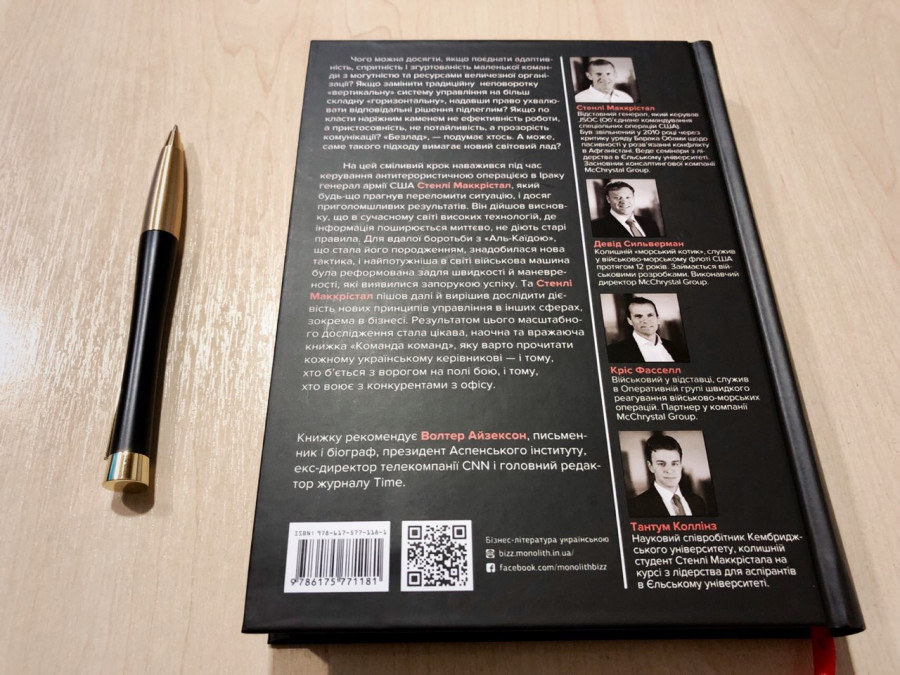 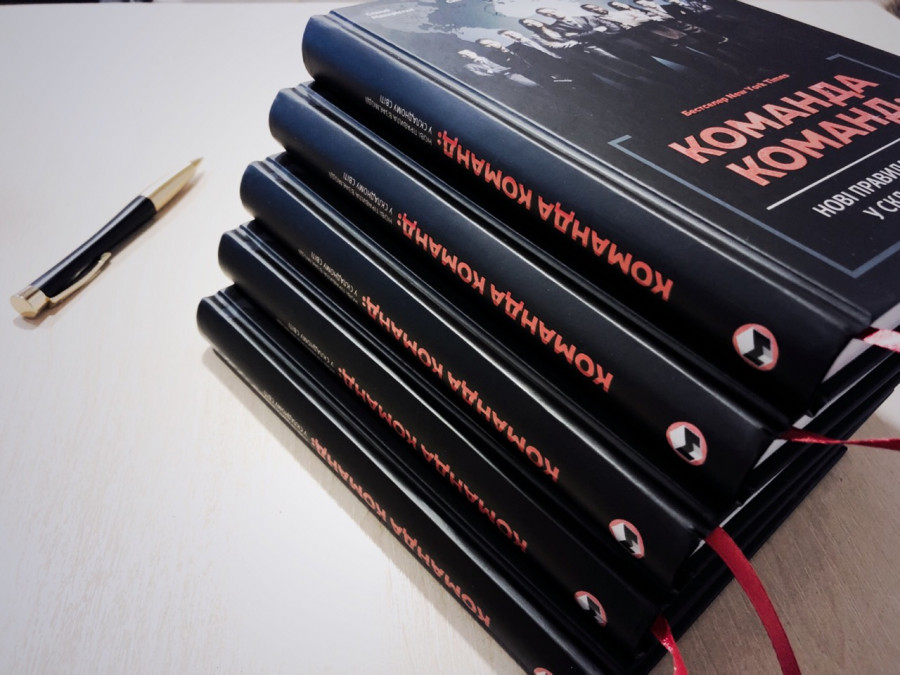 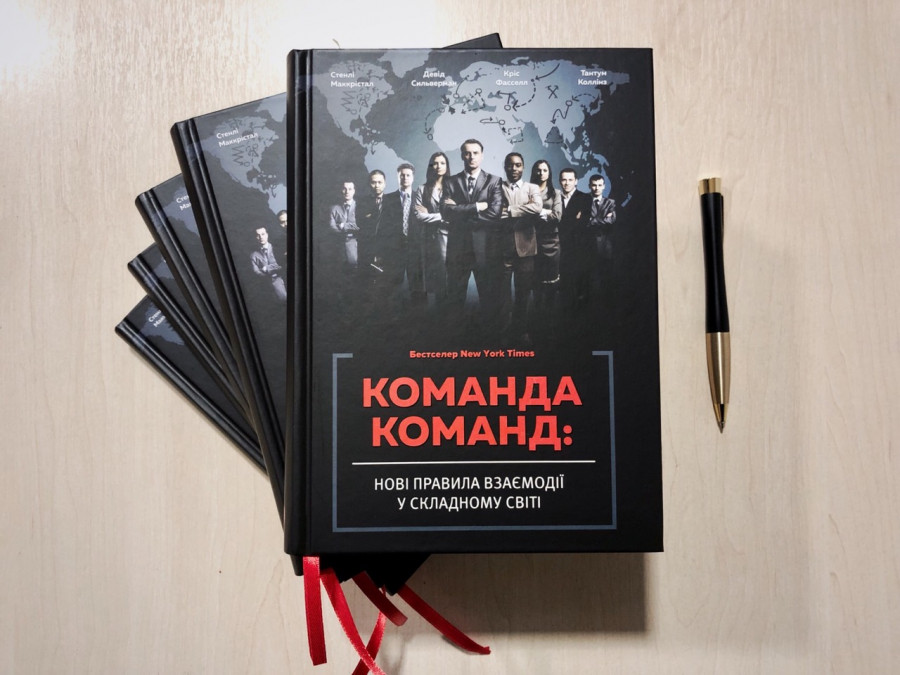 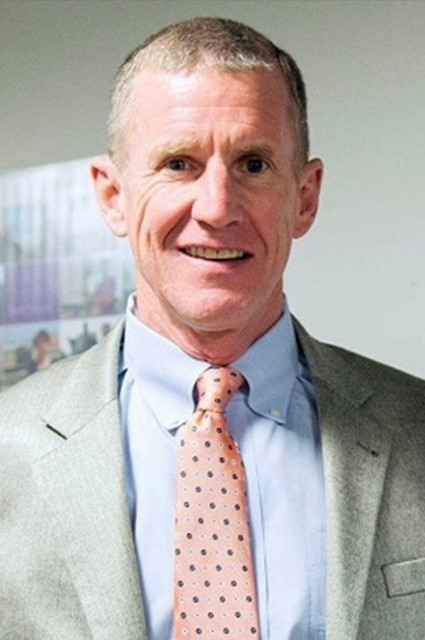 Stanley McChrystal - retired four-star general, who commanded JSOC (The Joint Special Operations Command) and resigned from his post due to the scandalous interview for the Rolling Stone magazine, where he greatly criticized actions of Barack Obama and several representatives from his administration concerning indecisiveness in resolving conflict in Afghanistan.

In 2010, after leaving the Army, McChrystal joined Yale University as a senior fellow. He teaches a course entitled "Leadership". He co-founded and is a partner at McChrystal Group, which is a consulting firm. Since December 2011, McChrystal is Chairman of the Board of Siemens Government Technologies.

In May 2017, Netflix released the film War Machine in which Brad Pitt plays a version of McChrystal.

Quotes from the book 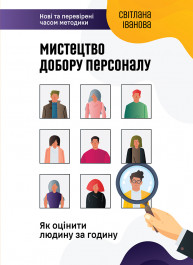 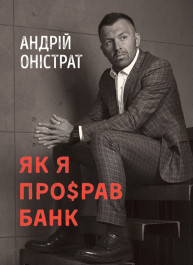 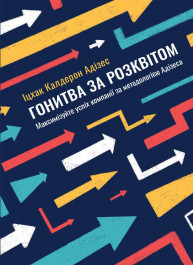 The Pursuit of Prime. Maximize your company's success with the Adizes program 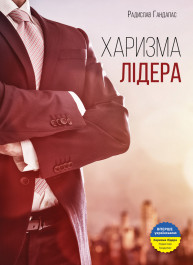 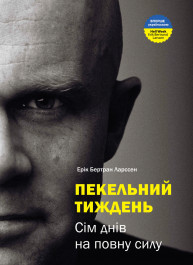 Hell week. Seven days to be your best self

Reviews of the book

Do you like this book? If you are a blogger with at least 5000 active followers, we will be happy to send you a free copy. Text us.

Tell us what you think; write about everything and anything that you’ve noticed! Good or bad. We urge you to write honest and impartial reviews!

Buy in these stores:

OVER THE BOOK HARDLY WORKED 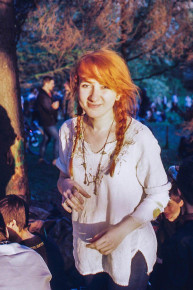 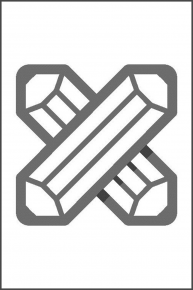 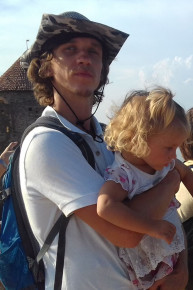 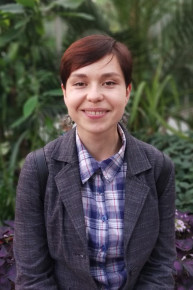 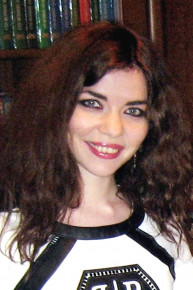 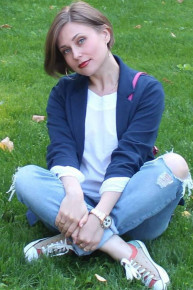